2010 was the first and the last Christmas I spent with my love. While it was an excellent and very memorable Christmas, it sure didn't come smoothly for us! We had planed to go to Kansas to celebrate with my family that year but Spencer's health loomed over us making us question whether we'd actually get there or not. He landed himself in the hospital less than 10 days before we were set to head to Kansas and he was pretty sick. We weren't sure what was going on, just that his CF was getting worse and antibiotics weren't helping him recover like they once did and they weren't fully knocking out the infection.

A couple of days before we were planning on leaving for Christmas we got word from his CF doctor that there wasn't any chance for him to be able to travel to Kansas.. he would likely be spending the holiday in the hospital. We shed many, many tears over it. I was upset he wouldn't be with my family and get to meet my whole family, and I was also very tore over what to do... Spend Christmas with my family in Christmas, or stay in the hospital with Spencer so he wouldn't have to spend it alone.

After talking about the options and continuing to beg doctors to let us out, I came to terms with what will be, will be. I decided that no matter the outcome I was going to bring Christmas to us in the hospital and we had a wonderful, wonderful Christmas of our own. I went out to the store and bought a set of lights, a gingerbread house kit, sparkling juice, and we opened our gifts to each other early.

We started out the evening by decorating a gingerbread house. I did most of it, Spence just supervised as he still wasn't feeling the best. It turned out pretty good! The roof ended up caving it, but you couldn't even tell ;) 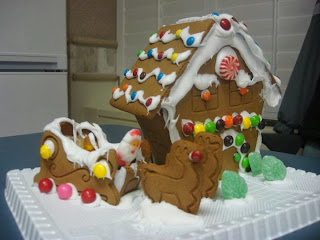 I had Spencer open his gift from me a little bit early. He was pretty excited. 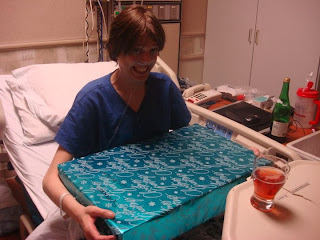 Turned out he was thrilled! I picked a pretty good gift that year. He ended up not really using it in his chair at home because his back was so bony and it hurt him, but regardless, he did love it in the hospital! 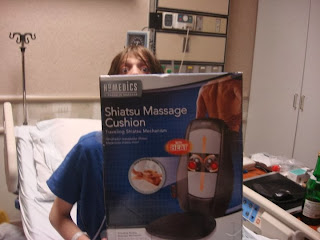 We also had some sparkling juice. Todd, one of our favorite nurses, got us glasses from the cafeteria to drink it out of. They tried to make it special for us, too. One reason I love the staff that takes care of the CFers!

We continued to beg and plead with doctors about getting out in time for Christmas. The plan was to be discharged on Christmas day, but we had to leave before that since it is a 12 hour drive with a possible stop in the middle to sleep and do proper treatments for Spencer. We finally got a different CF doctor on call and after lots of questions and conversation, she decided that he could be cleared to go home. We left for Kansas on my birthday!

It was a pretty nasty drive for awhile. Lots of overturned vehicles and bad road conditions. We had Nacho and Chloe with us. Chloe was given some sedatives to help her be calm, and nacho just slept on Spencer's lap the whole way! 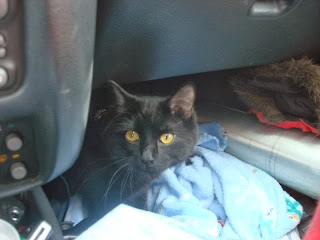 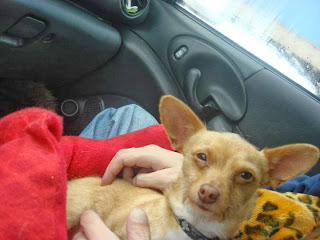 We finally got to Kansas in once piece after a very long drive! This was Spencer's second time staying at my parents place. I will never forget the number of times he told me how loving and caring my family was. How open to showing affection for each other we were. Something he didn't experience as often as I did. He loved how my mom would come up behind him randomly and touch his shoulders when she asked how he was. Or give him a hug when she went by.

One night he broke down crying. I couldn't understand what was wrong and I thought he was having a terrible time being so far away from Utah and his care team. (Because unfortunately with CF you have to worry about that a little bit). He told me that he just couldn't believe the love he was feeling there. He couldn't quite take in and comprehend it because it's something that he hadn't experienced often. His family showed their love in other ways (but did not love him any less than we did!). He was just overjoyed being in Kansas and was happy he was there.

We always celebrate Christmas with my family on Christmas Eve so on the 24th we went to my grandmas house to eat, visit, and open gifts together. Spencer was definitely spoiled that year! He was also very overwhelmed with gifts and broke down a couple of times because he didn't feel deserving of everything that he was getting. Every one in our family bought him a gift or two! 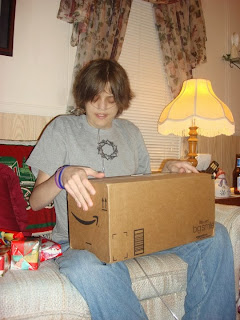 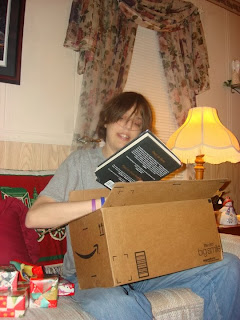 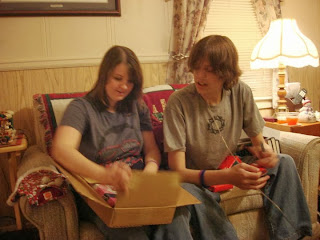 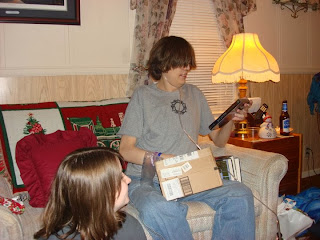 Obviously he needed his hair cut ;) 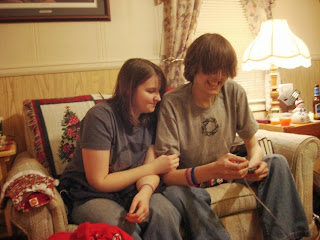 In that last picture he was playing around with a little voice recorder that he got. I actually still have that with the same message he recorded on it that Christmas!! And it's such a Spencer message too. It says, "Note to self: Kill everyone." We just laughed about it when he did it. I never expected to STILL have it on there to this day!

We got home that night with our stomachs and hearts very full. It was a very, very good Christmas. Every Christmas day my parents get us a Santa Gift. That's our bigger gift for the year that she saves up for. We always tell her she doesn't HAVE to do it, but it's something she really loves doing for us. :)

Spencer wasn't expecting to get anything for a Santa Gift, but mom and I had been talking about it for a couple of months. He had a ton of PS2 games that he hadn't played forever. He had been telling me how he wished he could play them again but he didn't have a PS2. So mom found one online and bought that for his santa gift. He was so surprised when he had something to open! 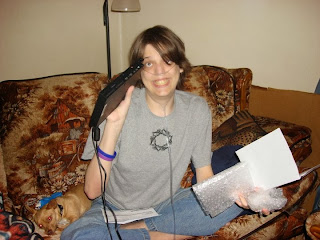 The rest of our time that day was spent napping, playing dad's new Wii, reading my new Nook, and, again, having our hearts and stomachs so, so full. 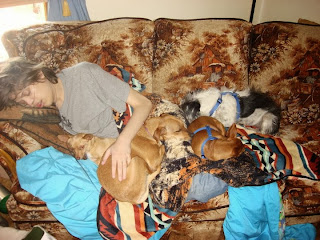 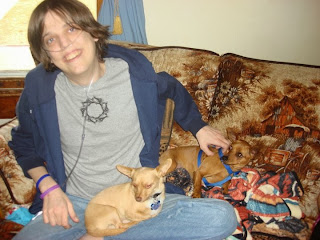 This was the most memorable Christmas that I have had. I'm so glad that Spencer was able to celebrate it with me and my family, it really did mean so much to be especially since we didn't get a Christmas together as a married couple. Seeing the joy on his face that year just said it all. I miss him this Christmas and every one here to follow. He's always in my heart and on my mind. Merry Christmas, SweetPea. I love you always.
Posted by Nikki Jones at 2:55 PM